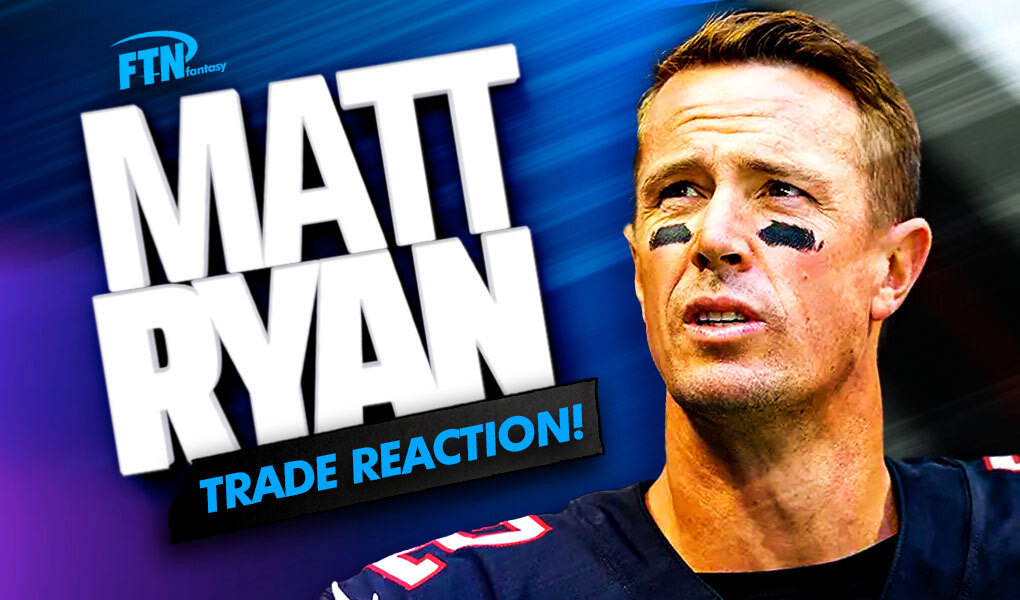 The most active offseason in the history of the NFL continued on Monday with the Atlanta Falcons trading Matt Ryan to the Indianapolis Colts in exchange for a third-round pick. The Falcons then went and inked Marcus Mariota to a two-year deal.

(Follow along with all of the big free agency reactions here!)

Despite rumblings for weeks that Jimmy Garoppolo was their guy, the Colts made a power move for a better option in Ryan. The veteran quarterback isn’t coming off of one of his better seasons, but he was dealt a brutal hand at wide receiver in 2021 with Julio Jones traded and Calvin Ridley stepping away from the team. While he’s no spring chicken at 37 years old this season, Ryan still has some gas left in the tank for Indianapolis. He’s a solid upgrade over Carson Wentz.

Likewise, the Colts represent a much better overall situation for Ryan. Not only will he get to play behind a very good offensive line, but he also has all-world RB Jonathan Taylor along with rising young wideout Michael Pittman. To be fair, Indy is a tad thin beyond Pittman, but even he alone is an upgrade on what Ryan had at his disposal last season. His presence almost certainly helps Pittman’s fantasy outlook. As for Ryan, it’s hard to give him a major upgrade, despite the favorable conditions in Indy. Their run-heavy tendencies put a cap on Ryan as, at best, a mid-range QB2. He tentatively comes in at QB22 in my most recent rankings.

On the Falcons’ side of things, the team immediately moved to sign Mariota, who gets reunited with Arthur Smith after spending the last two seasons in Las Vegas. He flashed at times during that span but was never going to leapfrog Derek Carr on the depth chart. In Atlanta, Mariota gets a second lease on life and figures to be their starter unless the team makes an aggressive play in the NFL Draft.

Mariota isn’t sexy from a fantasy standpoint, but his dual-threat ability will at least put him on the edge of the 2QB radar. The big problem here is that there are essentially no pass-catching weapons outside of Kyle Pitts and Cordarrelle Patterson in Atlanta. While Pitts is an exciting young player and Patterson offers versatility, this is an extremely thin group of pass-catchers. The Falcons will need to address the wideout position in the draft to give Mariota more appeal. We’ll have to put a pin in that one for now and reevaluate after the draft.