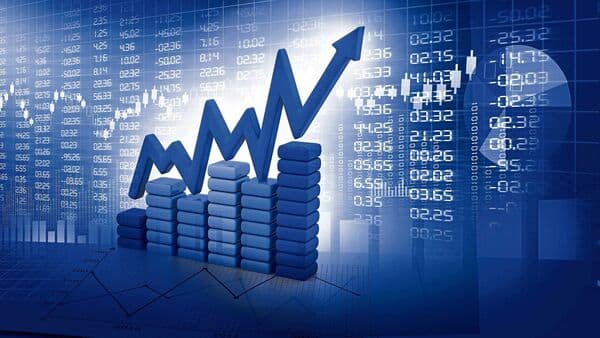 Last week, the domestic equity market climbed by more than 1%. Nifty, which concluded at 18,512.7 levels up by 0.16%, is only a few points away from its high of 18,534.90, while the Sensex closed at 62,293.64 levels up by 0.03%. Mr. Mitul Shah – Head of Research at Reliance Securities said “Domestic equities closed slightly higher following positive global cues. The Nifty gained 0.2%, while broader markets out-performed the main indices as Nifty Mid Cap and Nifty Small Cap gained ~1% each. All sectoral indices ended in green except Nifty Bank (-0.2%), Nifty Fin Service (-0.3%) and Nifty FMCG (-0.3%). Nifty Media gained the most at 2.5% followed by Nifty Reality and Nifty Auto which were up by 1.2% and 0.9% respectively. Meanwhile, the government is looking to 5%-10% in Coal India, Hindustan Zinc and RCF via OFS. U.S. markets were closed for the Thanksgiving holiday. It rallied in the previous session following the release of the Fed minutes.”

Shrikant Chouhan, Head of Equities Research (Retail), Kotak Securities Ltd said “Both Nifty Index and Sensex gained between 0.9 to 0.95% in the past week. BSE Midcap Index gained 1.83% while BSE SmallCap Index gained 096%. A steady softening of global bond yields on expectations of ‘peak’ inflation and a decline in crude prices helped equity markets continue the momentum and helped the Nifty-50 Index log its new all-time high on a closing basis. Most major sectors gained on a week-on-week basis with BSE IT, Bank Nifty, BSE Capital Goods and BSE FMCG gaining the most. While two key sectors which declined were BSE Reality and BSE Power. Within the Nifty Index, HDFC Life (+9.5%), Apollo Hospital (+8.5%) and BPCL (+6.7%) gained the most and Adani Enterprise (-3.3%), Nestle India (+2.2%) and Kotak Mahindra Bank (+1.5%) lost the most.”

In the past 30 days, FIIs have net purchased shares worth about 29,790.6 crore. On November 25, 2022, FII were net purchasers of Rs. 369.1 crore in the money market, while DII were net sellers of Rs. 295.9 crore, as per the data of Trendlyne. Therefore, one of the favourable triggers to lead Dalal Street this week is FII purchasing. Vinod Nair, Head of Research at Geojit Financial Services said “Bulls dominated Dalal Street, with the indices parked near record highs, supported by favourable triggers like FII buying, a drop in crude prices, a falling dollar index, and declining bond yields.” Shrikant Chouhan, Head of Equities Research (Retail), Kotak Securities Ltd said “FPIs were net sellers in the past five trading sessions, while DIIs were net buyers in the same period. Going forward, D-street will focus on the macro trends. Markets going ahead may be dominated by global news flows and steps taken by different governments to tackle their economy.”

In response to a rise in Covid cases in China, international benchmark Brent crude futures ended at $83.84 a barrel on Friday, down 4.44% percent on 5 days of performance. The most important factor to keep an eye on next week is the quarterly economic growth rate, which is set to be announced on coming Wednesday. These two factors could therefore probably keep the market bustling this week. Vinod Nair said “The FOMC meeting minutes hinted that the rate hike cycle may be slowing down. Crude oil prices dropped over talks of a possible price cap on Russian oil and a rise in US product stockpiles. However, the tight COVID lockdown in China has negatively impacted the global growth forecast. Going ahead, the lack of strong fundamental triggers will limit the upside, keeping the market volatile in the short term. The Fed Chair’s speech, which is scheduled for next week, and the release of other significant macroeconomic data will influence the market’s future trajectory.”

In response to importers’ appetite for the US dollar, the rupee settled at 81.71 against the US currency on Friday. Mr. Sriram Iyer, Senior Research Analyst at Reliance Securities said “The Indian Rupee settled weaker on Friday against the dollar on Friday amid dollar demand from importers. For the week, the local unit was little changed as the weak dollar index offset losses from importer dollar demand. The Rupee ended to 81.6850 per U.S. dollar from 81.63 in the previous session. The local unit had managed to climb above 81.50, gave up all its gains. On a weekly basis, the rupee remained little changed from last Friday’s level of 81.6850. The local unit held an 81.44 to 81.9150 range this week. Meanwhile, forward premiums slipped to fresh 10-year lows with the 1-year implied premiums ending at 2.05% this Friday on buy/sell swaps by interbank and corporates from 2.17% last week.”

He said “Meanwhile, amongst Asian peers, Chinese Yuan remained weak on Friday on weak outlook, while other peers remained range bound. Domestically, India’s September quarter GDP data is due next week and will be a key trigger for the domestic markets. India’s bond yields rose on Friday. The benchmark 10-year bond yield ended at 7.301% after closing at 7.255% on Thursday. According to Refinitiv, the central government raised 280 billion Indian rupees through the sale of bonds, which were well-bid, but RBI set the cut-off yield for the benchmark bond at 7.2722% against the 7.25% and disappointed traders. In the overseas markets, the dollar index and the benchmark 10-year bond yields were marginally stronger this Friday evening trade in Asia, but volumes remained thin.”

Shrikant Chouhan, Head of Equities Research (Retail), Kotak Securities Ltd said “In International news, in US Black Friday may offer an opportunity to bag a bargain, but many shoppers will be expecting steeper discounts this year. Federal Reserve officials expect to switch to smaller interest rate increases “soon,” according to minutes from the November meeting released Wednesday. Some officials expressed concern over the impact rate increases could have on financial stability and the economy. In Asia, Mainland China reported more than 31,000 Covid infections for Wednesday, including cases without symptoms. That’s more than the country reported during the Shanghai lockdown in April. In Japan, Tokyo saw the highest core consumer price index reading since 1982.”

All three indices ended the week with mixed performance, with Dow gaining 0.45%, S&P down 0.028%, and Nasdaq down 0.52% on Friday. The S&P 500 retail index has plummeted by just over 30% year to date, while the S&P 500 is down by more than 16%. Mr. Mitul Shah – Head of Research at Reliance Securities said “U.S. markets were closed for the Thanksgiving holiday. It rallied in the previous session following the release of the Fed minutes. Global stocks edged up in expectations of FED slowing the pace of interest-rate hikes going ahead. A key focus for the market is the Chinese government’s response to rising Covid-19 cases, with the country now battling its worst outbreak of the virus. In Malaysia, the benchmark stock index rose 4%, the most since Mar’20, after opposition leader Anwar Ibrahim became prime minister. Malaysia’s currency strengthened 1.8% against the dollar.”

Mr. Mitul Shah – Head of Research at Reliance Securities said “During 2QFY23, margins of most manufacturing sectors remained under pressure due to elevated input costs and subdued realizations which adversely impacted operating cash flows of private companies. While the recent decline in input costs provided relief, much also depends on consumer demand. Overall, India has performed well owing to its strong macroeconomic fundamentals. We expect a recovery starting 3QFY23 led by softening of commodity prices and monetary easing by central banks which is likely to boost demand.”