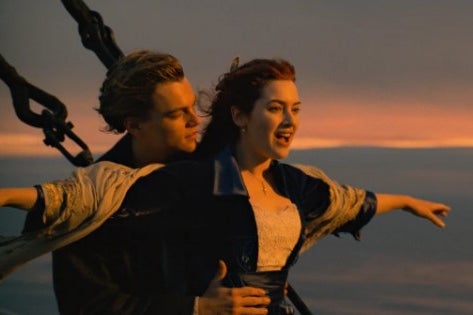 The Walt Disney Co. DIS and Paramount Global PARAA have announced plans for a 25th anniversary theatrical re-release of James Cameron’s “Titanic” for Valentine’s Day in 2023.

What Happened: According to a Deadline report, the re-release will be a remastered edition that will be shown in 3D 4K HDR and high-frame rate. This is the second 3D release of “Titanic,” following an earlier version that played in theaters in 2012.

“Titanic” was a co-production of Paramount and 20th Century Fox, with Disney coming into the picture in 2019 when it acquired the latter’s assets. Disney will release “Titanic” in international markets beginning Feb. 10, 2023, while Paramount’s U.S. playdates have yet to be scheduled.

Why It Matters: “Titanic” was first released in December 1997 and created a commercial sensation – it is the third highest grossing film at the global box office with $2.2 billion in sales. The film elevated lead actors Leonardo DiCaprio and Kate Winslet to superstardom and won 11 Academy Awards, including Best Picture, Best Director and Best Original Song.

“Titanic” arrives in theaters two months after the premiere of Cameron’s latest work, “Avatar: The Way of Water,” a sequel to his 2009 hit “Avatar.” Disney’s 20th Century Studios will release the new film.

Photo: Leonardo DiCaprio and Kate Winslet in “Titanic,” courtesy of Paramount and Disney