The Fed raised interest rates by 50 bps and announced the start of QT on Wednesday as largely expected. Less anticipated were Fed Chair Powell’s comments discounting the near-term prospects of hikes greater than 50 bps at future meetings. US 2yr and 10yr yields fell as a result and EUR/USD eventually rose to an eventual high of 1.06420 in early morning trading before pairing back some of its gains. How does this shift in Fed calculus change the prospects for the euro? 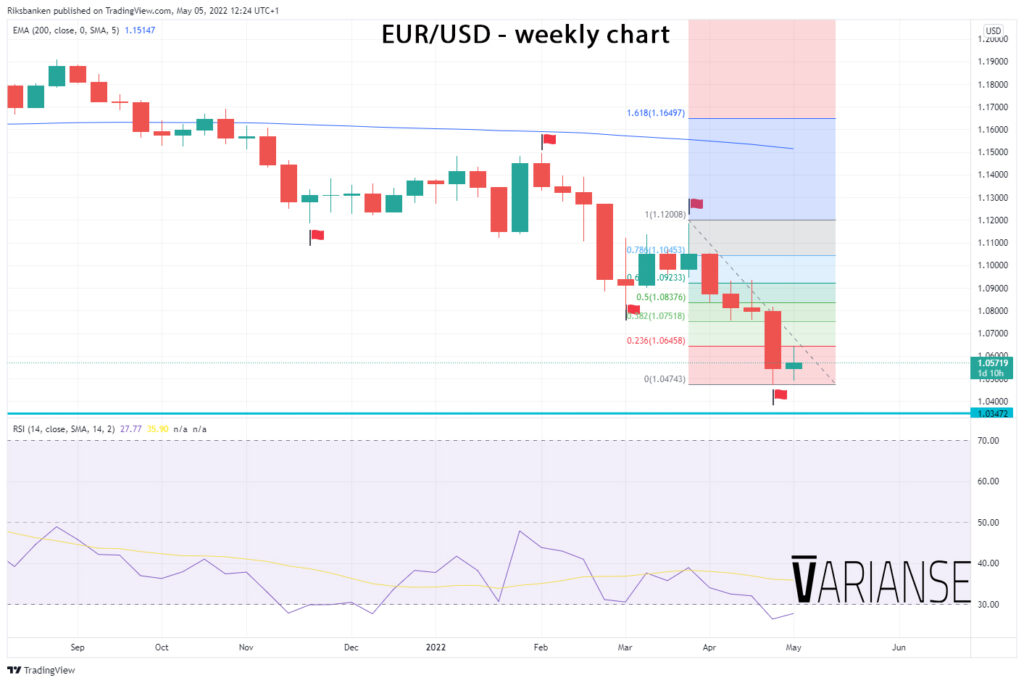 From a technical perspective, one could argue by not much for the time being. EUR/USD, viewed on a weekly timeframe, is still very much locked in a downtrend with scope for an orderly retracement. More precisely, a sustained break above the last March swing high of 1.11849 would be required to signal an uptrend shift in price. Until then, swing traders are likely to be eyeing the 50% Fibonacci level of 1.08376 and 61.8% of 1.09233 as areas of resistance before considering potential for a bigger reversal.

Price action on lower time frames also suggest a bit of caution about the potential for substantial EUR/USD gains. In particular, the thirty-minute timeframe points to a rejection of the lower bound of the prior broken rising wedge, which suggests that buyer’s ability to push price higher at this junction may be limited. Eyes are now on whether the 3 May swing high of 1.05776 now turned support holds for confirmation of direction. That said, it may take a fall below the 1.05216 level, which represented the prior closing price on the prior break of the wedge pattern to really entice sellers in a big way.

This article was submitted by an external contributor and may not represent the views and opinions of Benzinga.