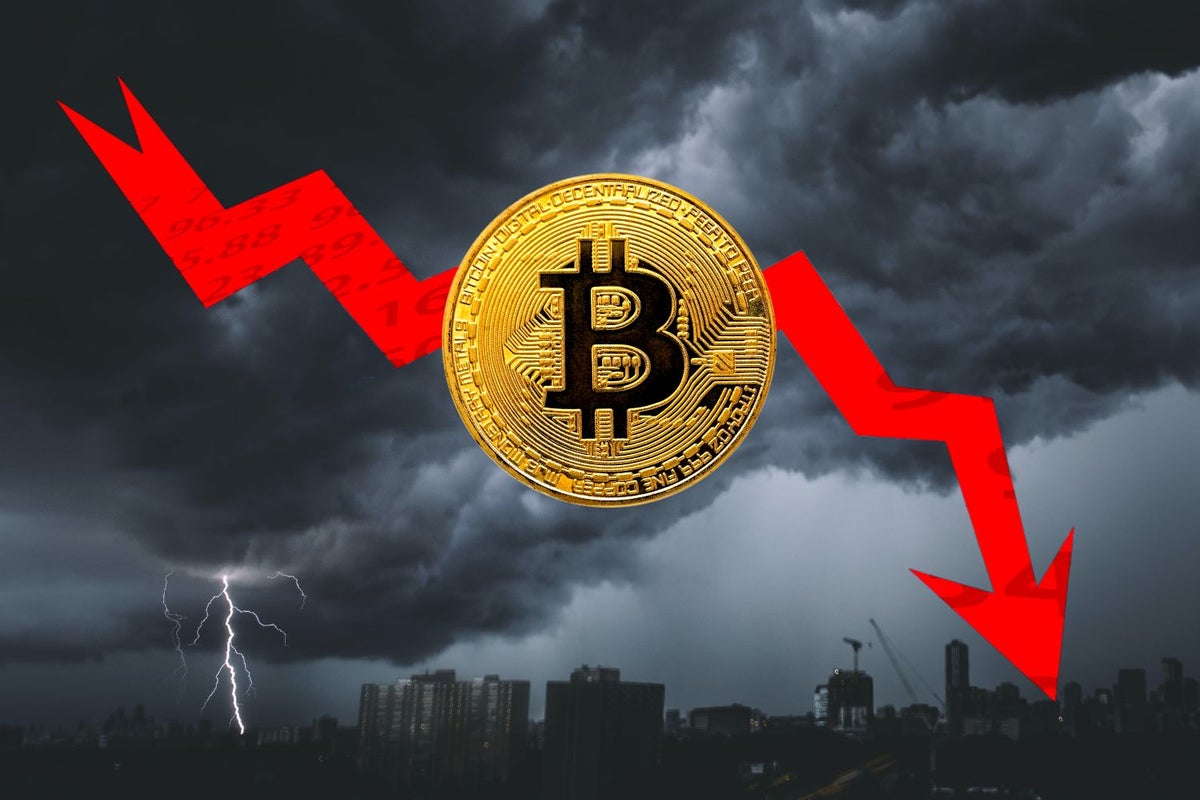 The cryptocurrency mayhem continued to show its downward trend in the second quarter of 2022. At the closing hour of Thursday, June 30, Bitcoin BTC/USD traded below the $19,000 level, marking the worst quarterly loss in more than a decade.

CryptoCompare reported that Bitcoin had lost around 58% of its value in the second quarter of 2022.

Bitcoin posted its worst quarterly performance since 2011 when it lost around 68.2% of its value in the third quarter of that year.

According to the Coin Metrics data, the cryptocurrency was down nearly 40% for June, which was its worst month dating back to 2010.

The data also shows that Ethereum ETH/USD witnessed the worst quarter since its introduction in 2015.

Also Read: This Analyst Warns Bitcoin Could Crash To $10,000; One Final Flush Down Is ‘Probably Months Away’

Ether, the second-largest cryptocurrency by market capitalization, has lost over 69% over the quarter. It fell around 10% in a single day to almost $1,000 on June 30, nearly two weeks after falling below $900, its lowest level since January 2021.

Recently, Ethereum completed its test merge on the Ropsten network focusing on its software upgrade, which is due to happen later this year.

According to a recent tweet, investors are upbeat about this merge upgrade, which will change how transactions on Ethereum are ordered.

The decline in the overall crypto industry has been attributed to many factors. On a macro level, the market uncertainties were primarily due to concerns about inflation, rising interest rates worldwide, and the ongoing war in Ukraine.

A research analyst at CryptoCompare, Jacob Joseph, was quoted by CNBC saying that previous boom and bust cycles saw BTC drop over 80%, which “suggests that it could be in for a further drawdown period if the current poor macroeconomic conditions continue to persist.”

Amid the collapse, crypto firms have moved towards consolidation via acquisitions, and many have initiated layoffs.

The Terra LUNA/USD network’s fiasco also contributed to the bearish moves in the crypto market. Last month, Terra founder Do Kwon refuted all allegations about tax evasion on his part or by Terraform Labs.

Three Arrows Capital, one of the most prominent hedge funds focused on cryptocurrency investments, filed for Chapter 15 bankruptcy this month in the U.S. Bankruptcy Court of Southern District of New York.

CoinFLEX, a crypto yield platform, and futures exchange paused all withdrawals from the platform. It attributed the decision to the severe market conditions and uncertainty associated with a counterparty.

Celsius Network suspended withdrawals from its platforms last week, with a significant downturn in the crypto market and extreme market conditions.

Goldman Sachs Group Inc GS has come forward to rescue the firm and has offered to raise $2 billion from investors to buy up distressed assets from Celsius.

In the same quarter, the Federal Reserve carried out interest rate hikes, which also contributed to the crypto market downturn.

Although cryptocurrencies were relatively subdued compared with other risk assets on the day the Fed announced its sharpest interest rate hike in 28 years.