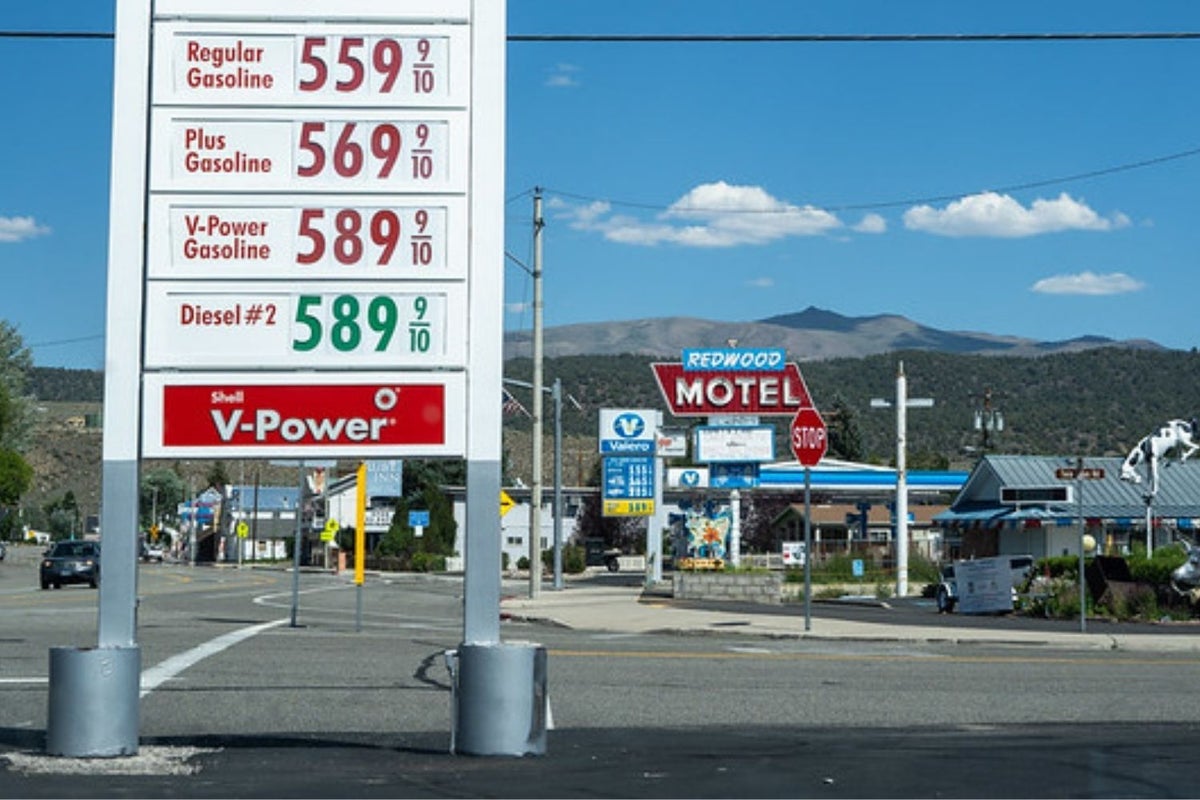 Retail gas prices are at a record high in anticipation of increased demand as the summer driving season gets underway.

Pain At The Pump: Nationwide, the average price of regular gasoline was at $4.601 a gallon, according to data from the American Automobile Association (AAA). This is much higher than the $3.09-a-gallon drivers were paying a year ago.

Among states, the highest price was recorded in California, where gas was selling at $6.109, on average. The states, where prices topped $5-a-gallon, included Washington, Oregon, Nevada, Hawaii and Alaska.

Busy Summer Travel Ahead: AAA had predicted earlier this month that the summer driving season will be a busy one this year, with an estimated 39.2 million people travelling 50 miles or more from home this Memorial Day weekend alone.

This represented an 8.3% increase over the year-ago period, bringing travel levels to volumes not seen since 2017, AAA said.

“Based on our projections, summer travel isn’t just heating up, it will be on fire.” she added. “People are overdue for a vacation, and they are looking to catch up on some much-needed R&R in the coming months.”

Why It’s Important: Geopolitical tensions surrounding the Ukraine war has driven energy prices higher. Amid the peak of the crisis, the WTI grade crude oil prices topped $130-a-barrel. Since then, prices have dropped but are still elevated at $115.

Gas prices will likely account for 3.2% of disposable personal income in the second quarter, the Energy Information Administration estimates. Higher gas prices will have an economy-wide implication, leaving consumers with less for spending on other items, impacting demand for those goods.