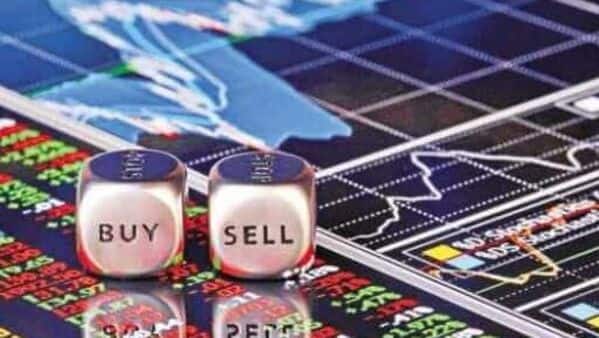 Bears floated on Indian markets on Wednesday, a day before the weekly futures & option (F&O) expiry. Sensex tumbled below the 59,300 mark and Nifty 50 erased its 17,700 level before recovering some losses in the later part of the day. Except for FMCG stocks, all sectoral indices were in the red with capital goods continuing to be under pressure. Selloffs in banking, oil and gas, IT, and healthcare stocks also contributed to the downside. Under F&O, Nifty and Bank Nifty have a weekly expiry day, which is Thursday. On the weekly expiry day, the Nifty is expected to trade with a resistance of 17,950, and any move above this level can lead up to short-covering.

Talking about Nifty’s performance, Sahaj Agrawal, Head of Research- Derivatives at Kotak Securities said, “Nifty has been in a corrective phase since the last few trading sessions. We have not seen a short-term reversal attempt succeeding and hence maintain a negative bias for the near term. Monthly support is only seen at 17000. US Fed comments are expected to keep volatility high in the near term.”

“Expects consolidation to correction in the near term as the broader market sentiment has also turned negative. FII and PRO positions also suggest reduction in net shorts suggesting limited downside in near term,” Agarwal added.

In its report on Wednesday, ICICI Direct said, “for the current weekly expiry, we expect the Nifty to consolidate in the range between 17600 and 18000.”

ICICI Direct in its report gave weekly future recommendations. The brokerage gave a buy on Jubilant Foodworks in September in the range of ₹624-628 with a target of ₹668.6 and a stop loss of ₹599.5.

In its rationale, the brokerage’s report said, “In the current volatility, consumption stocks are likely to attract money inflow as they are better placed in terms of risk: reward. Delivery-based volume pick-up was observed in Jubilant Foodworks in recent days., which is likely to lead the show from here. The stock managed to close above its sizeable Call base of 620 on a weekly basis whereas the future OI in the stock has largely remained stable indicating fresh long positions may form in the coming days. On the option front, last Friday’s Call unwinding was seen in multiple strike, which is a positive sign, on the downside immediate major support is at 600.”

However, ICICI Direct has given a sell on Indian Railway Catering & Tourism (INDRAI) September in the range of ₹701-705 with a target of ₹645.5 and stop loss of ₹735.4. It said, “Over the past one month, the stock has been trading in the range of ₹700-730. Last week, the future closed below its trading range. The stock violated its sizeable Put base and closed very much near its strike whereas aggressive Call writing was visible in multiple OTM strikes with highest Call base placed at 730 strike, which should limit upside gains. With the limited upside and close below its support, we expect the stock to test ₹640 levels in the coming sessions.”

Overall, markets are currently seen to move volatile amidst US Fed’s policy. Vinod Nair, Head of Research at Geojit Financial Services said, “A 75bps hike by FED was factored in by the markets, while reports of mobilising Russian forces in Ukraine has escalated geopolitical tension and fears of rising inflation. Any military escalation will have a significant effect on the world & domestic economy. This will have an influence on the near-term trend of the global market and implications on local market can be high as it is trading at premium prices compared to the world.”