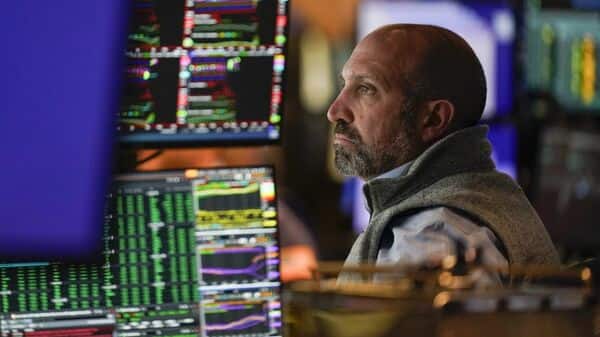 The BSE and NSE will be open for trading today (October 25) but will be closed on Wednesday (October 26) on the occasion of ‘Diwali Balipratipada’. On Monday, Indian stock markets ended at one-month highs in the special one-hour Muhurat trading to mark Diwali, the festival of lights. The S&P BSE Sensex rose 0.9% to 59,831 to extend gains to the seventh straight session, led by gains in index heavy lenders ICICI Bank Ltd. and HDFC Bank Ltd. On similar lines, the broader NSE Nifty advanced 154.45 points, or 0.88 per cent, to finish at 17730.75.

In the special session, to mark the start of Samvat 2079, prominent gainers among the Sensex stocks were Nestle India, ICICI Bank, L&T, SBI, HDFC, HDFC Bank and Dr Reddy’s, spurting as much as 2.92%. Only two counters closed in the red — Hindustan Unilever and Kotak Mahindra Bank, shedding up to 3%. A similar trend was seen in the broader markets, with the BSE small-cap index rising 0.99 per cent and the mid-cap gauge gaining 0.50 per cent.

“Even though Samvat 2078 ended with marginal negative returns, the overarching feature of the year gone by was India’s distinct outperformance. While the MSCI World Index and MSCI Emerging Market Index fell by 23 per cent and 33 per cent respectively, Nifty hugely outperformed with a minor cut of only 3 per cent.

“This outperformance in a year of a war in Europe and rising inflation and interest rates in the developed world reflects Rising India’s resilience,” said V K Vijayakumar, Chief Investment Strategist at Geojit Financial Services.

“From the market perspective, two factors stand out — One, India’s economic fundamentals are relatively strong. Two, DIIs and retail investors have become a force to reckon with, overwhelming the FII selling. This trend can be expected to continue,” he added.

The Sensex has ended higher in eight of the past 10 Diwali-day sessions, known as Muhurat trading.

“By all estimates, the coming year is going to be quite challenging,” according to Joseph Thomas, head of research at Mumbai-based brokerage Emkay Wealth Management. Inflation and a weak currency will affect India along with peers, but the south Asian economy is better placed in terms of growth and this will help local shares “hold well despite the headwinds,” he said.

Earnings at Indian companies have withstood volatile commodity prices, a major headache for the energy import-dependent country. Of the 22 Nifty companies that have announced September-quarter results so far, 15 have produced numbers that met or surpassed analysts’ estimates, while five have trailed, according to Bloomberg.