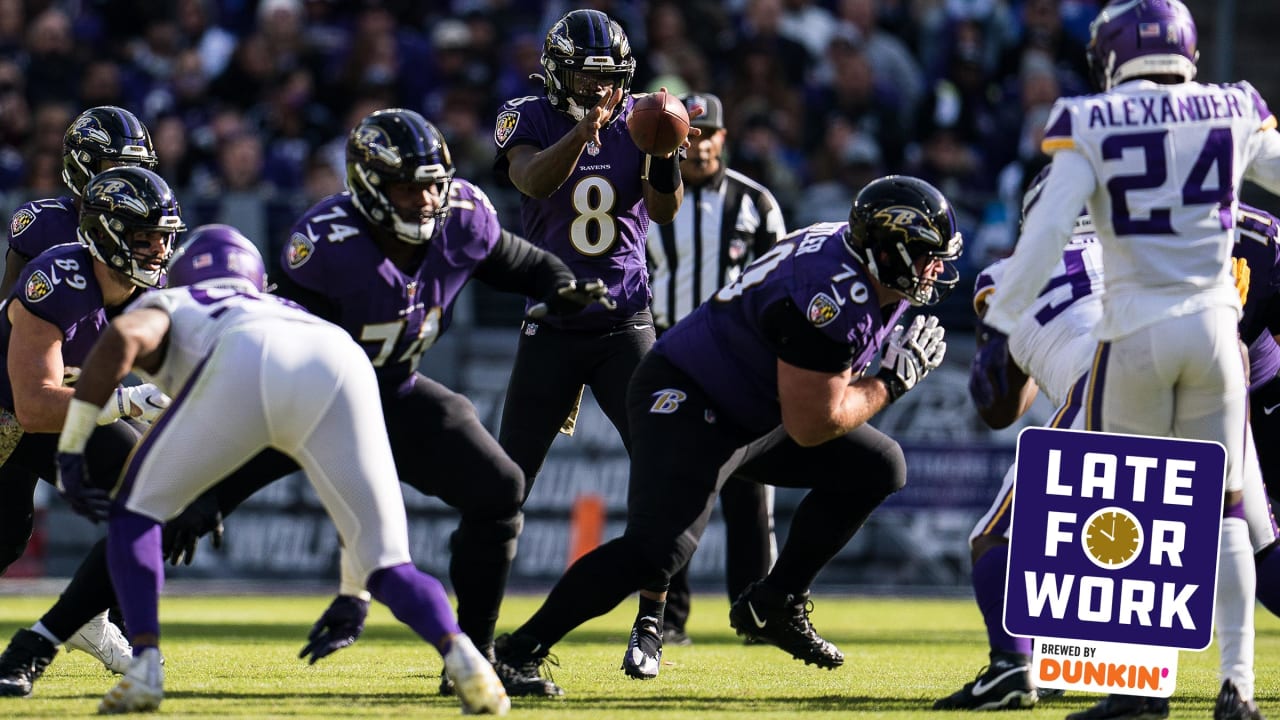 Pundit Says Pendulum Will Swing Back to Ravens Offense

There’s been a lot of talk this offseason about the Ravens patterning their offense after the 2019 unit that was No. 1 in the league, but Ben Solak of “The Ringer NFL Show” doesn’t expect an exact replica.

Solak said some of the Ravens’ moves on offense indicate schematic changes, as does the quarterback playing more under center in the preseason. He believes those changes will result in a resurgence for the offense.

“The Lamar offense arrived and everyone was like, ‘We have no idea how to react to this…. And then the pendulum swings and defenses start to get an answer,” Solak said. “I think this season is the season you start to see the pendulum swing back to the Ravens. Firstly, because they’ve had a couple seasons now to look at it. You get time to figure out what works for us and what doesn’t. Secondly, they’ve made personnel changes that indicate schematic changes.

“All they did every single offseason was talk about, ‘We have to throw the ball deep down the field. Lamar has to be a better deep passer.’ And then they traded away Marquise Brown this offseason, which is not what you’d do if you were prioritizing that. They grabbed [center] Tyler Linderbaum [in the draft]. Great pick in terms of value. He does not make sense to the way they used to run the football. … I generally trust that coaching staff and I trust the talent of Lamar.”

Sheil Kapadia of “The Ringer NFL Show” agreed that the Ravens will be a dangerous team if the offense is one of the league’s best.

“If they’re like a top 10 offense, if Lamar is even in the discussion for MVP, that’s a Super Bowl contender,” Kapadia said. “Because I think their defense is going to be really good. They have the best special teams in the NFL, and I think [John] Harbaugh in terms of game management is probably the best coach in the NFL.”

ESPN’s Booger McFarland also is high on the Ravens this season.

“If this team is healthy, no one is going to want to play the Baltimore Ravens because they’re well-coached, they’re physical and they have a dynamic playmaker at the quarterback position in Lamar Jackson that when he’s in the open field, no matter what defense he’s going against, he is that defense’s kryptonite because he’s elusive and he can make plays on the perimeter of their defense,” McFarland said.

McFarland’s colleague, Ryan Clark said: “You’re also dealing with a proud organization. A very proud head coach and a quarterback that always has something to prove. … Every week you go against the Baltimore Ravens you’re going to have to come with all the physicality that you can learn to muster for the six days that you are preparing for.

“Cincinnati Bengals Defensive Coordinator] Lou Anarumo told me in camp they have two days dedicated to the Baltimore Ravens because it’s unlike playing any other team in the entire NFL. And this is a guy who coached the defense that played in the Super Bowl.”