Oil fluctuated as traders assessed the ongoing risks to supply stemming from Russia’s war in Ukraine, as retail fuel prices continue to climb to fresh records.

West Texas Intermediate traded near US$114 a barrel, paring earlier gains in choppy trading. The US will suggest tariffs on Russian oil as an alternative to embargoes, Reuters reported, a mechanism designed to keep the country’s supplies on the market while limiting revenues to Moscow. A European Union proposal to ban imports of Russian crude in response to President Vladimir Putin’s invasion of Ukraine has been delayed amid opposition from Hungary.

US retail gasoline prices topped US$4.50 a gallon for the first time, just a couple of weeks ahead of the summer driving season. It comes amid widespread tightness in oil product markets across the globe. 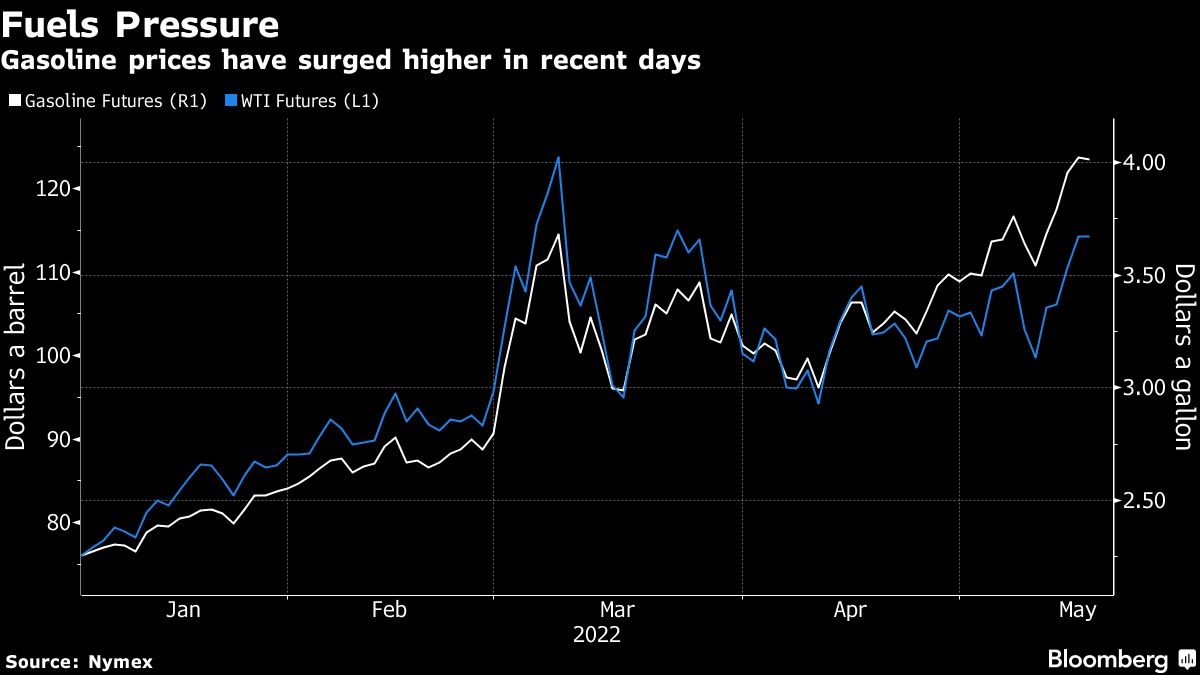 Oil has rallied more than 50 per cent this year in extremely volatile trading as the war in Ukraine tightened supplies, while demand outside of virus-hit China picked up. Surging global inflation and a nascent interest rate increase cycle have also seen oil swing with the fortunes of wider markets, which were striking a risk-on tone on Tuesday.

In China, meanwhile, Shanghai reported no new COVID-19 infections in the broader community for a third consecutive day, hitting a crucial milestone that authorities have said will allow them to start unwinding punishing restrictions. Still, one part of Beijing’s Fengtai district will lock down in some areas for seven days, underscoring the country’s continued battle with the virus.

“The prospect for a pickup in Chinese demand if they manage to get the virus under control will add another layer of price support,” said Ole Hansen, head of commodities strategy at Saxo Bank A/S. Price moves were limited Tuesday “with the bear and bull pull being relatively equal right now,” he added.

US crude stockpiles at a key storage hub in Cushing, Oklahoma, have contracted by about a quarter this year. Holdings at the delivery point for benchmark US futures likely fell by about 2.629 million barrels in the week to May 13, traders said, citing data from consultant Wood Mackenzie Ltd.