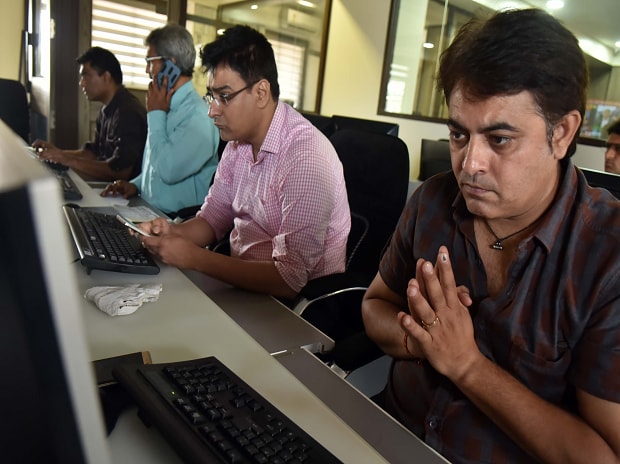 The recovery was led by Kotak Bank (up 4 per cent), L&T, Bharti Airtel, SBI, HDFC Bank, HDFC, and ITC. However, the stocks that kept the indices under pressure during the day included Infosys, TCS, Axis Bank, ICICI Bank, and Wipro.

The broader BSE MidCap and SmallCap indices, meanwhile, outperformed the frontline indices throughout the day and closed up to 0.4 per cent higher.

Among sectors, the Nifty Metal and Realty indices gained over 1 per cent each, while the Nifty IT fell 0.7 per cent.

It has been mostly a one-way street for equity markets since July 2022. The S&P BSE Sensex and the Nifty50 have rallied around 13 per cent each since then. The gains in the mid-and small-caps have been sharper with both these indices on the BSE surging around 14 per cent each during this period. READ MORE