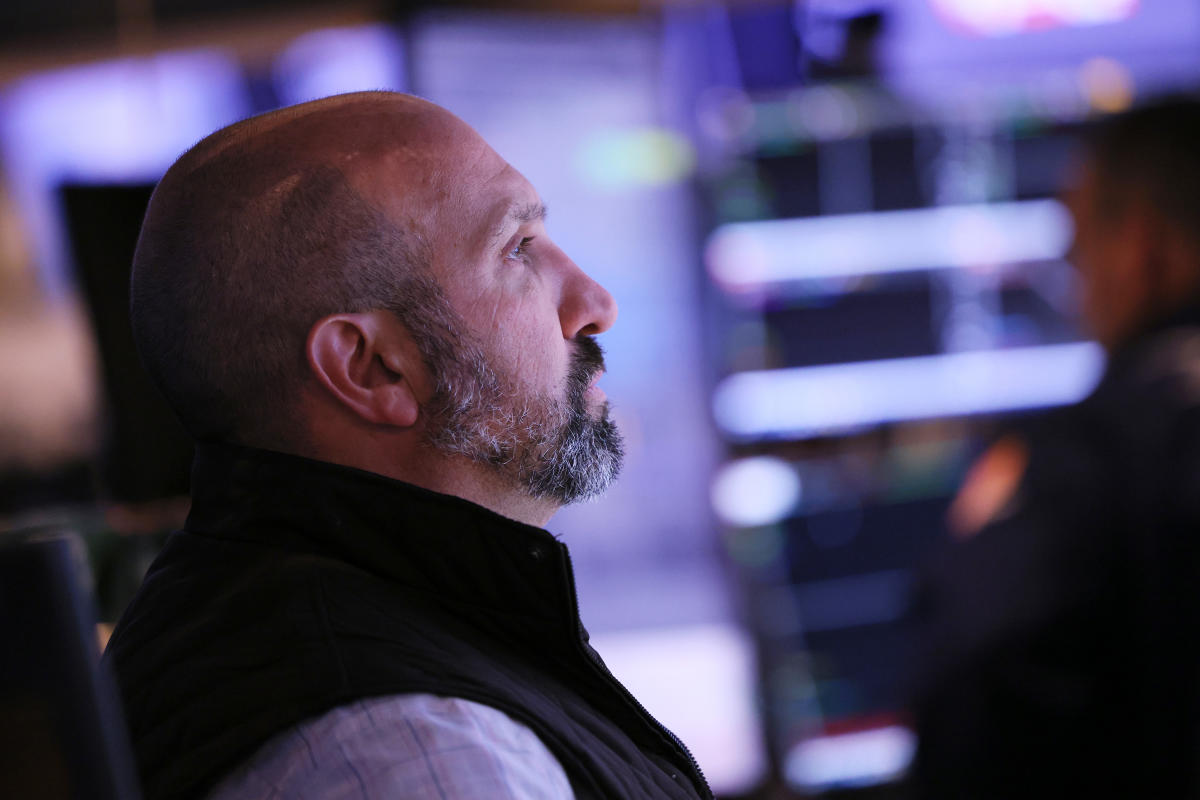 U.S. stocks erased early gains Friday, tumbling in the latest U-turn for equities following a volatile week of swings in both directions.

Friday’s losses came on the heels of a big rebound on Thursday, when stocks started the day lower after a hotter-than-expected inflation report. But that didn’t last long, as stocks trimmed their losses and turned green before midday trading, eventually snapping a six-day losing streak and ending sharply higher.

“We got a “bear hug”… S&P 500 5% in 5 hours after hot CPI because it was simply so oversold,” Michael Harnett, investment strategist at Bank of America, wrote in a note on Friday.

Wall Street on Friday took in earnings reports from final heavyweights, such as JPMorgan Chase (JPM), Morgan Stanley (MS), and Citigroup (C). The banks reported profit skids in the quarter and warned of a slowing economy, though some beat analyst forecasts.

“The uptick in inflation expectations probably is a response to the increase in gas prices in recent weeks, in which case it won’t continue,” Ian Shepherdson, Chief Economist at Pantheon Macroeconomics, wrote in a note.

The overall Friday skid ended a wild week of volatility in the markets. The main event of the week was consumer price data, which came in higher than forecast on Thursday. The Consumer Price Index (CPI) for September showed prices rose 8.2% over the prior year and 0.4% over the prior month.

The core consumer price index, which excludes food and energy, rose 6.6% from a year ago, marking the highest level since 1982. Core CPI rose by 0.6% month over month.

To some investors, the sharp moves Thursday were evidence of excessive short market positioning, during which traders rushed to cover following the hot inflation data.

“What followed was extraordinary and may have been exacerbated by short-covering, perhaps even some panic,” Oanda Senior Market Analyst Craig Erlam wrote in a note.

“While it may indicate the market has established a bottom for now, given the scale of the declines since the August peak, that doesn’t necessarily mean the worst is suddenly behind us. Not when inflation is so stubborn, the labor market so tight and the Fed so intent on more aggressive hikes,” Erlam added.

In currency markets Friday, the dollar extended gains compared to the yen, climbing to the highest level since 1990. The dollar is up 15% for the year against other currencies. The 10-year Treasury yield rose above 4%. Elsewhere, Bitcoin wavered around $19,200. The digital asset is down nearly 60% this year.

Elsewhere on Friday morning: Kroger announced a $24.6 billion deal to buy rival Albertsons, and Beyond Meat announced a 19% reduction in the plant-based meat company’s global workforce after another brutal quarter.

On the retail front, shopper spending was flat in September amid high inflation and climbing interest rates. Retail sales, excluding gasoline, were up 0.1%. The measure doesn’t adjust for inflation. Economists surveyed by Bloomberg called for a 0.2% gain in retail sales.

“The high inflation environment is weighing on consumer morale and purchasing power, and it is forcing many households to dip into savings and use credit to finance outlays,” EY Parthenon Chief Economist Gregory Daco said in statement.

“While consumers remain willing to spend, many families, especially those at the lower-to-median end of the income spectrum, are feeling increasingly constrained by elevated prices and rising interest rates,” Daco added.