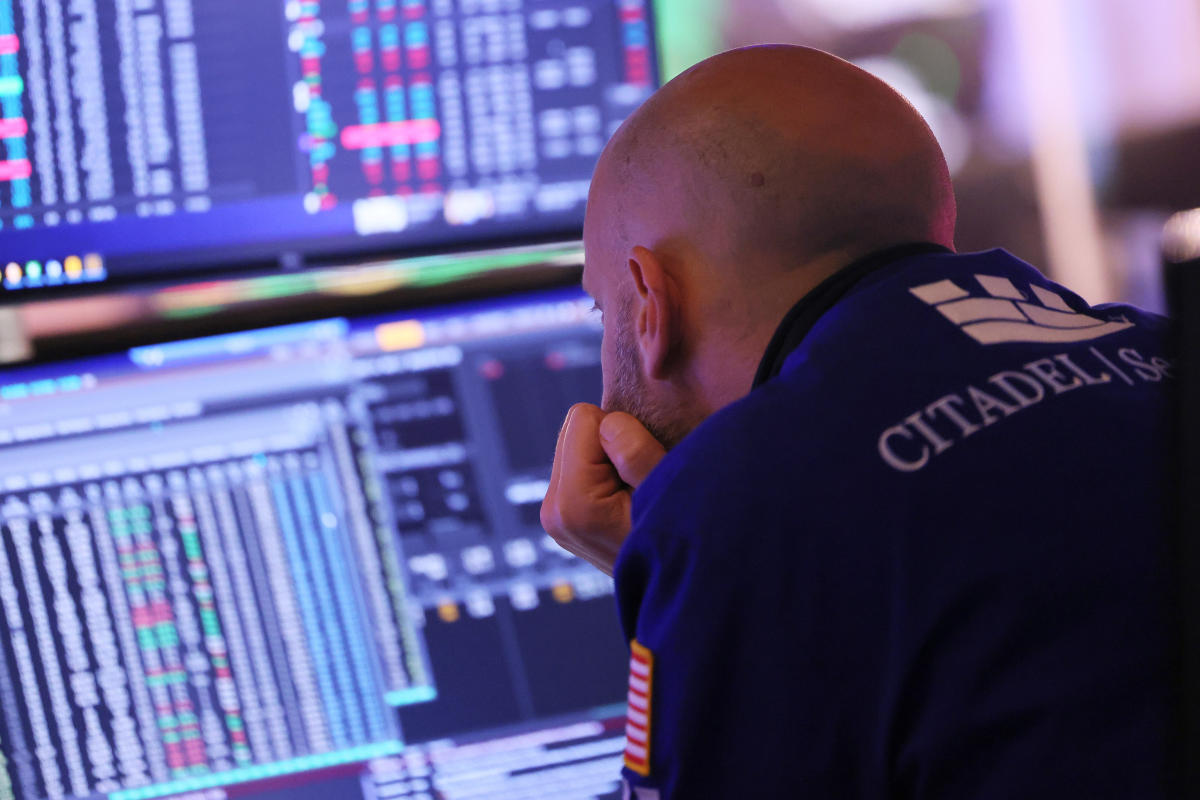 U.S. stocks rose on Monday to begin a key week in which Wall Street awaits earnings from some of the market’s biggest players.

Yields on U.S. Treasury bonds inched higher on Monday after a relentless climb last week that saw the 10-year note temporarily hit a 14-year high above 4.3%.

On Friday, the Wall Street Journal reported that some Federal Reserve officials were concerned with the pace of the interest rate hikes ahead of their November meeting, prompting stocks to rally to end a winning week.

San Francisco Federal Reserve President Mary Daly also said that the central bank should avoid putting the economy into an “unforced downturn” and that it’s time to consider slowing the pace of interest rate hikes.

“I think that is the wrong message,” Interactive Brokers Chairman and Founder Thomas Peterffy told Yahoo Finance Live on Friday following Daly’s remarks. “I think the Fed has to send the message that we are going to stamp out inflation, no matter what. And they are in a better position if they can scare the market into easing up on spending rather than having to force them to ease up on it.”

Data Monday also showed that the central bank’s tightening policies are beginning to weigh on U.S. business activity, with the purchasing managers’ index indicating weakness across both the service and manufacturing sectors of the economy.

“Historically, when these four companies report in the same trading week, Alphabet (GOOG) has been the only one to consistently see its stock react positively to earnings whereas the rest have all tended to fall. Of these prior occurrences, last quarter was the first time that all four of these stocks traded higher in response to earnings,” wrote Jake Gordon, analyst at Bespoke Investments Group.

Data from FactSet shows that S&P 500 companies that have missed expectations this earnings season have fallen 4.7% on average in the two days before their report through the two days after, compared with the five-year average of 2.2%.

“Earnings expectations, if you strip out the energy sector, they went from about positive 6% back in July for this quarter’s earnings, all the way down to… negative 3%,” BMO Wealth Management Chief Investment Strategist Yung-Yu Ma told Yahoo Finance Live on Friday. “And so once you lower the bar that much, it does set up an environment where it’s a lot easier to beat earnings, a lot easier to have relief rallies.”

Strength in the U.S. dollar has weighed on corporate profits hard. The dollar gained on Monday against the Chinese yuan weakened. In the European markets, the pound traded stronger as U.K. government bonds rallied after Boris Johnson pulled out of the race for prime minister, leaving former chancellor Rishi Sunak closer to becoming the next prime minister.

The news battered other stocks that have exposure to China. Shares of Tesla (TSLA) slid 4% after the carmaker lowered prices for its vehicles sold in China as the company faces fierce competition from local rivals in its second-biggest market.

Elsewhere, crypto traded mixed as Bitcoin headed toward the $19,000 level, while Ethereum retreated as their supply seems to be descending since the Merge.

“Bitcoin remains stuck around the $19,000 level and that will probably remain the case until we get beyond next week’s FOMC policy meeting,” wrote Edward Moya, senior analyst at OANDA.