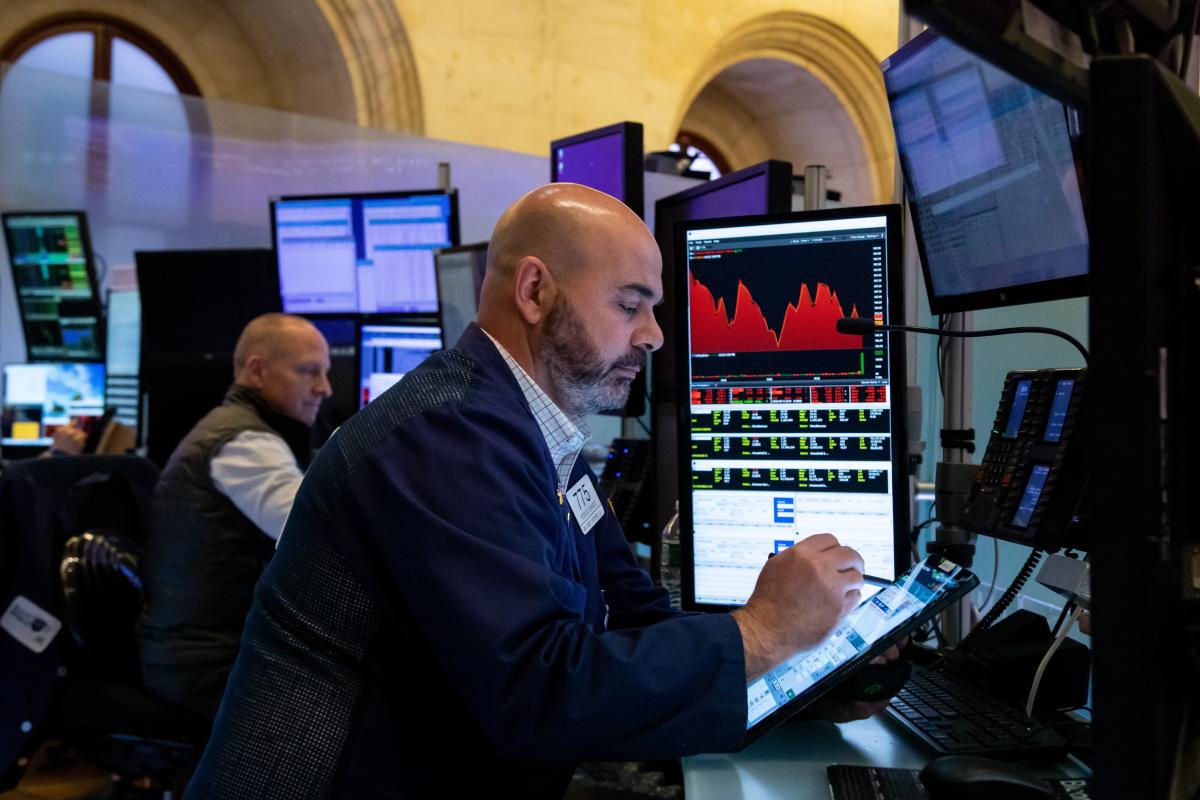 Stocks lost ground Tuesday, as another batch of earnings rolled in and investors awaited the Federal Reserve policy meeting and jobs data later this week.

The S&P 500 (^GSPC) turned lower by about 0.23% in afternoon trading, while the Dow Jones Industrial Average (^DJI) ticked lower nearly 0.2%. The technology-heavy Nasdaq Composite (^IXIC) fell by 0.5%. All three indices had risen to start the session.

Investors digested economic releases on Tuesday, including the Job Openings and Labor Turnover Survey (JOLTS) survey, which found that job openings unexpectedly rose in September to 10.7 million from 10.28 million last month. Economists had expected openings to decrease to about 10 million, which would have been in line with the kind of cooling the Federal Reserve wants to see in the labor market.

The stock moves came after the major indices lagged on Monday as investors prepared for the Federal Reserve’s interest rate decision this week. Still, stocks ended October on a high note, as the Dow locked in its best monthly return since January 1976, when the index gained 14.2%, data from Bespoke Investment Group showed.

The Fed’s aggressive pace of interest rate increases has pressured markets for much of the year, leaving investors hoping for any sign that the central bank will come off its hawkish stance.

The Fed is widely expected to raise interest rates by 75 basis points on Wednesday at the conclusion of its two-day policy meeting, but some strategists see the bank slowing the rate of increases moving forward.

JPMorgan economist Michael Feroli sees “a step down from 75bps to 50bps and then to 25bps before this tightening cycle ends. Any indication from the Fed that [the] terminal rate is lower or that the tightening cycle ends in 2022 is likely to [be] digested bullishly by stocks. The biggest risk to this view is CPI coming in hotter than expected next week or in December.”

Whatever the size of December’s move, “the Fed is in a tough position because they’re very data dependent. And it’s just unclear how quickly inflation is going to come down,” Public Markets Group Head Lisa Erickson told Yahoo Finance Live on Monday.

“JOLTS data suggested there’s still plenty of economic momentum behind us, and I think that’s why it’s going to be so challenging for the Fed to ultimately communicate what we think will be a rate hike pause at some point in 2023,” PIMCO U.S. Economist Allison Boxer says. pic.twitter.com/UsvQ2QeULc

Also on the earnings front Tuesday:

And the week will finish with the October jobs report. The Labor Department’s report is expected to show monthly payrolls fall below 200,000, while economists surveyed by Bloomberg estimated 190,000 jobs were added or created last month.

In energy markets, Brent crude, the international benchmark for oil prices, fell to $94.36 a barrel Tuesday morning. Yields on the 10-year Treasury note fell as much as 12 basis points to below 4% before climbing back above that level later in the morning.

Elsewhere, the Toronto Stock Exchange has resumed trading after a technical issue halted the market shortly after the opening bell Tuesday.