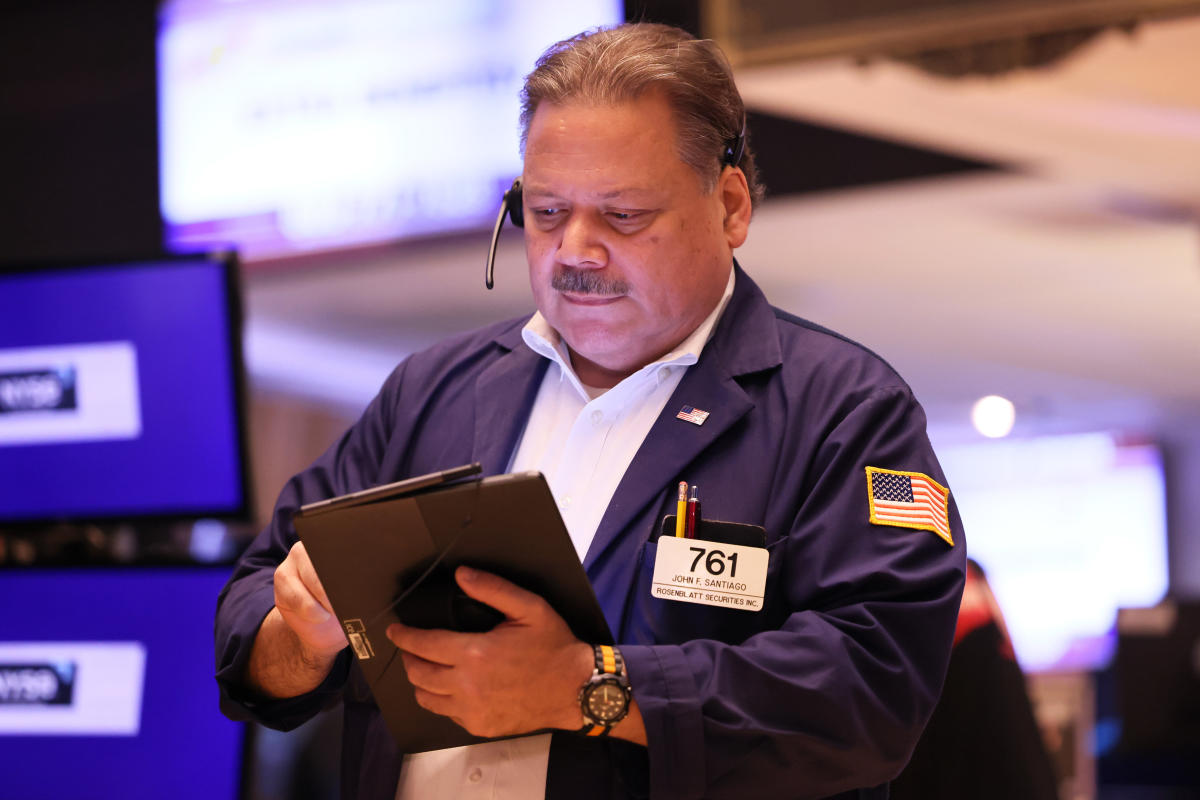 Stocks finished lower on Tuesday, even as concerns regarding China’s strict zero-COVID policy abated. U.S.-listed Chinese stocks rose for the third day, adding to record rally this month as Beijing announced plans to accelerate vaccination of China’s elderly on Tuesday, spurring optimism among investors about a path forward for easing COVID restrictions amid nationwide protests.

For investors, though, all eyes will be on the Federal Reserve Chair Jerome Powell’s speech on Wednesday afternoon at the Brookings Institution, the last speech before the Fed’s next rate setting meeting in mid-December. But “investors are oscillating between bracing for a repeat of Jackson Hole and seeing Powell reiterate the views from other recent Fedspeak,” wrote Andrew Tyler, head of US Market Intelligence at J.P. Morgan.

As the Fed strives to meet its dual mandate of price stability and maximum sustained employment, it is widely expected that Powell will signal that the Fed is on track to ease up slightly on its pace of monetary policy tightening, likely to step down to a 50-basis-points increase.

This speech also comes less than two weeks before the release of November’s consumer price data.

“All eyes are going to continue to be on inflation at this point,” Providence Financial & Insurance Services President Anthony Saccaro told Yahoo Finance Live on Tuesday.

Ahead of Powell’s schedule speech on Wednesday, U.S. Secretary Janet Yellen weighed in on the Fed’s competency as an organization saying they are “qualified people trying to make their best judgement.”

Early in the day, investors studied another wave of macroeconomic data. The ADP employment report showed that private companies added 127,000 jobs for November, below expectations of about 200,000, in further signals of a cooling labor market.

“Turning points can be hard to capture in the labor market, but our data suggest that Federal Reserve tightening is having an impact on job creation and pay gains,” Nela Richardson, chief economist at ADP, said in a statement. “In addition, companies are no longer in hyper-replacement mode. Fewer people are quitting and the post-pandemic recovery is stabilizing.”

Also on the data front:

Finally, the Fed’s Beige Book, a survey of the Fed’s regional banks, will be released Wednesday afternoon.

Shares of CrowdStrike Holdings, Inc. (CRWD) sank more than 18% after the cybersecurity company’s forecasted quarter revenue came in short of analyst expectations as clients cut back on spending and delayed purchases due to macroeconomic headwinds. DoorDash (DASH) is laying off about 1,250 people in an effort to cut expenses, according to a report from Bloomberg, citing a memo from it CEO Tony Xu.