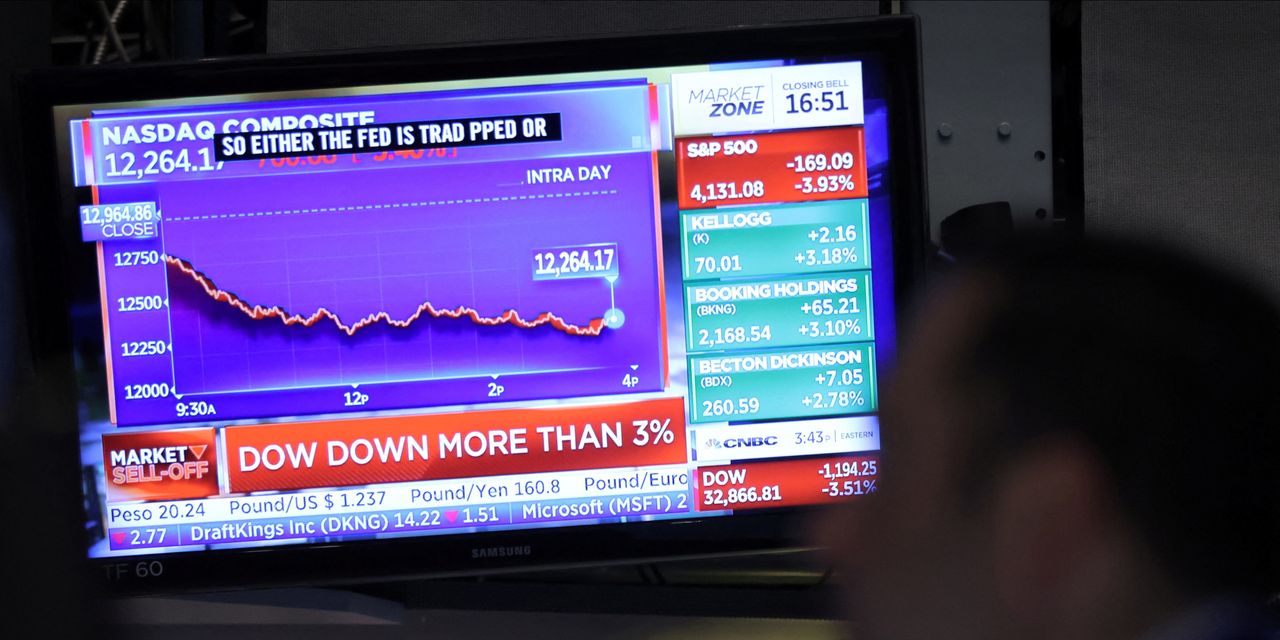 Stocks finished an eventful week in the red as investors parsed a range of information including an interest-rate increase from the Federal Reserve and new monthly jobs data.

The S&P 500 finished the week down 0.2%. The blue-chip Dow Jones Industrial Average was also off 0.2%. The S&P 500 has fallen for five straight weeks, while the Dow Industrials have retreated for six consecutive weeks.

The tech-focused Nasdaq Composite Index closed down 1.5%. It was the fifth consecutive weekly loss of at least 1% for the Nasdaq, the longest losing streak since a six-week run that ended in November 2012.

The Fed on Wednesday approved a half-percentage-point interest rate increase, raising the benchmark federal-funds rate to a target range of between 0.75% and 1%, a level not seen since 2019.

Investors reacted positively, pulling shares upward, to Chairman Jerome Powell’s statement that the Fed isn’t considering an even larger increase at its next meeting.

But stocks soon gave up those gains amid worries that the central bank’s plan to fight inflation might be too aggressive. Fresh data indicating that the U.S. added 428,000 jobs in April was counterbalanced by year-over-year earnings growth that failed to keep up with inflation.

Treasury yields were mostly higher for the week. The yield on the two-year note was unchanged, while the 10-year yield advanced 0.239% to 3.124%, a new 52-week closing high. The 30-year yield also set a new 52-week high after rising to 3.220%. Bond yields and prices move in opposite directions.