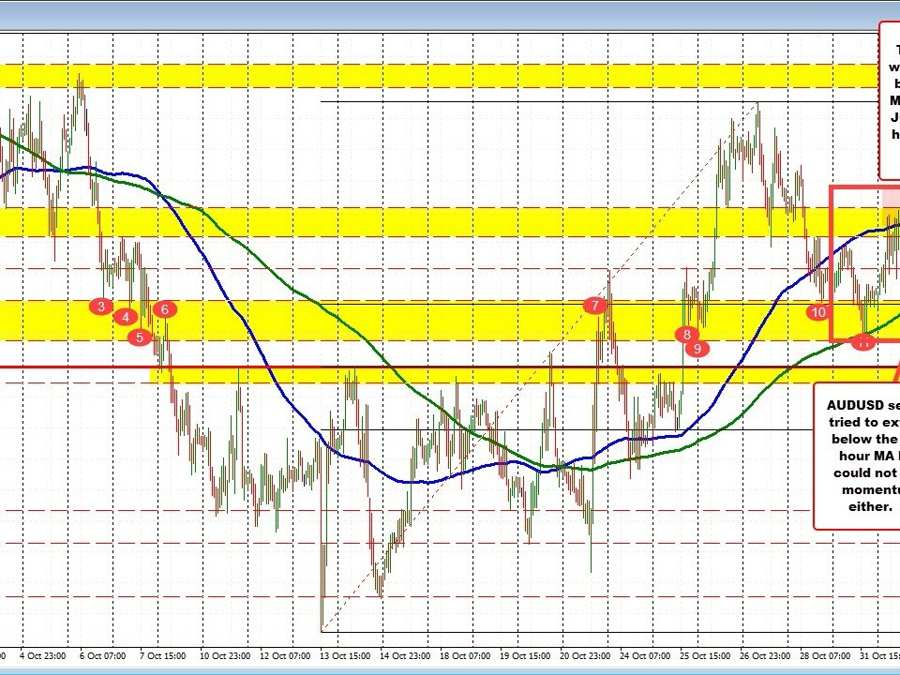 The AUDUSD has been up and down consolidative in trading this week. The RBA rate decision to raise rates by 25 basis points yesterday helped to push the AUDUSD higher (in choppy fashion), but later the stronger than expected JOLTs job report in the US reversed stocks and rates in the US and led to a fall back lower in the AUDUSD on USD buying.

Today, the AUDUSD has moved back to the upside (again in up and down choppy fashion), but remains in a relatively narrow 46 pip trading range. The 22 day average (around a month of trading) is at 107 pips. So the range is only 43% of normal. There is room to roam. The market seems more content to wait it out until the Fed decision.

The ups and downs are frustrating for traders looking for a definitive move (one way or the other), but with the key FOMC decision looming ahead, traders are not committed to either direction. Traders will be looking for a break and run.

For your guide, the high low range for the week of 96 pips (see red box in the chart above is only 12 pips above the low for the year’s lowest range for a week of 84 pips.

Conversely, the high range for a trading week in 2022 is 266 pips. The midpoint of those ranges would imply a 175 pip trading range.

With the range at only 96 pips this week (with 1/2 the week done and a key rate decision ahead), there is room to roam in either direction. Keep that in mind through the FOMC rate decision. A definitive bias could see further momentum in the direction of the break.