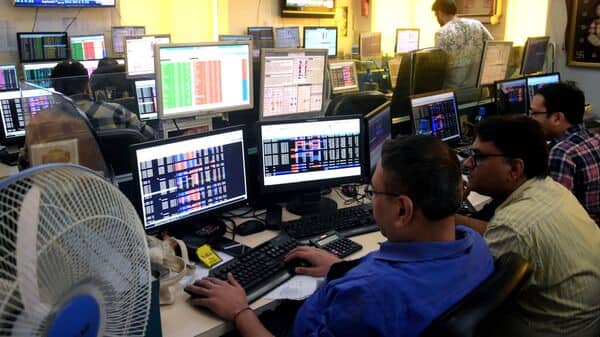 Wall Street witnessed sharp upside on Thursday after some reports of ease in slowdown sentiments. However, it traded subdued on Friday as Dow Jones ended 0.15 per cent down whereas tech heavy Nasdaq surged 0.12 per cent. S&P 500 index went off 0.08 per cent and Small Cap 2000 ended 0.01 per cent lower.

Asian shares inched up on Friday, tracking Wall Street gains on Thursday. However, European stocks were subdued on Friday after two days of gains as investors awaited the release of U.S. non-farm payroll data for June later in the day.

“Nifty filled the downside gap of 16,173 convincingly and closed above it. Nifty now enters a crucial resistance band of 16293-16610. On downside moves 16026 could offer support. Nifty has not gained for more than three weeks in a row since mid January 2022. It will be interesting to see whether this pattern sustains or breaks this week,” said Deepak Jasani, Head of Retail Research at HDFC Securities.

Expecting bigger pull-back in the Indian markets this week, Ruchit Jain, Lead Research at 5paisa.com said, “Nifty has formed a ‘Higher Top Higher Bottom’ structure on the daily chart from the recent swing low of 15180. This move has been retracing the previous corrective phase and 61.8 percent retracement of the previous correction from 16800 to 15180 was around 16178. It was the crucial hurdle in this pullback and the index has even surpassed the same. This indicates that the market will be showing a bigger pullback to retrace the entire correction from 18115 (April 2022 high) to the recent swing low of 15184.”

The 5paisa.com expert advised investors and traders to ‘buy on dips’ strategy this week citing, “The 50 percent retracement of this correction is seen around 16650 while the ‘200-day EMA’ hurdle is around 16550. Hence, we expect the Nifty to continue its upside move in the short term towards 16550-16650. On the flipside, the support base is shifting higher with the index upmove and the support has now shifted to 16000-15900 range. Even the option writers have built positions in 16000 strike which hints this to be an important support. In the coming week, small corrections for one to two sessions cannot be ruled out but any such corrections should be used as a buying opportunity.”

“The important pivot level, which will act as crucial support for the index, is placed at 34600, followed by 34450 mark. On the upside, key resistance levels are placed at 35650 – 35800 zones,” said Chinmay Barve, Head — Technical and Derivatives Research at Profitmart Securities.

“NIFTY BANK index outperformed the benchmarks by rising more than 4.5 per cent and closed above 35,000 mark. At this juncture, the index is trading at the placement of falling trend line and 78.6 per cent retracement of the previous fall. Also it has entered the cloud area of Ichimoku. Thus going ahead; 35,500 to 36,000 zone would be a real test for the bulls since we have a placement of 200 day moving averages also there,” said Mehul Kothari, AVP — Technical Research at Anand Rathi.

“Amongst sectoral indices, the Banking index has continued its outperformance and has taken the leadership along with the FMCG stocks to lift the markets higher. The structure for both these sectors remains positive and hence, traders should look for trading opportunities within these sectors,” said Ruchit Jain of 5paisa.com.

National Stock Exchange (NSE) has not added any stock under its F&O ban list for trade date 11 July 2022. Securities in the ban period under the F&O segment include companies in which the security has crossed 95 percent of the market-wide position limit.