WH Smith has returned to profit following a substantial resumption in trade at its travel stores, despite sales being slowed by the Omicron variant of Covid-19.

The retailer reported pre-tax earnings of £18million in the six months ending 28 February, against a £38million loss during the same time last year when lockdown restrictions discouraged foreign holidays and office working.

Thanks to these rules being loosened, all three divisions within the company’s travel arm saw their revenues more than double, although total sales in WH Smith’s high street business remained flat. 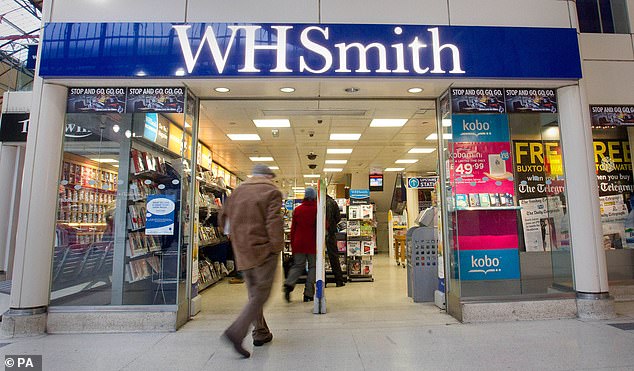 Within its UK travel segment, which encompasses shops in airports, railway stations and hospitals, sales shot up 139 per cent to £189million, with demand especially buoyant across the February half-term and school holiday periods.

Yet overall sales remained below pre-pandemic volumes as the recovery was blown off course by the emergence of the Omicron variant and the reimposition of restrictions by governments.

The division’s revenues as a percentage of 2019 levels rose from 60 per cent in September to 78 per cent in November before starting to reduce the following month and eventually hitting 66 per cent in January.

But as restrictions were relaxed again thanks to the widespread rollout of a vaccine booster programme, the firm’s UK travel sales in the eight weeks from the start of March were just 3 per cent below pre-Covid volumes.

This helped total revenues within its wider travel business exceed their 2019 levels by 14 per cent, as did a busy Easter holiday season, high visitor numbers to Las Vegas and increasing air passenger travel in the US.

Carl Cowling, chief executive, said: ‘We have seen a recovery across all our travel markets despite the impact of the Omicron variant in Q2, and we are in a strong position to capture growth as the recovery continues.’ 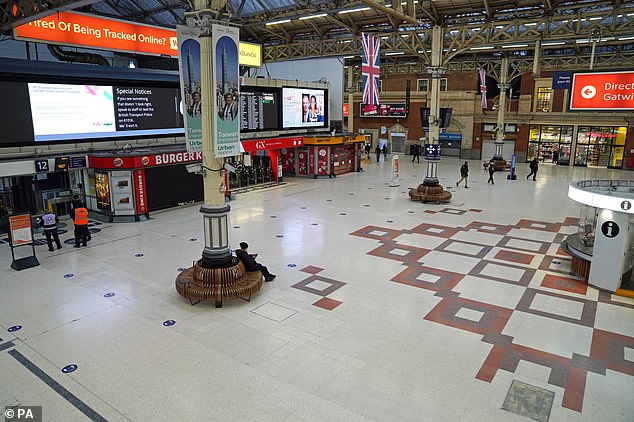 Quieter trade: WH Smith’s revenues during the first-half period remained below pre-pandemic volumes as the Omicron variant led to renewed restrictions on travel

WH Smith currently has more than 125 stores in the pipeline, about half of which are in North America, while another 25 per cent are situated in Spain, where the group recently won a major tender.

The company is putting significant focus on expanding in the US as the country has the world’s biggest retail travel market, with around $3.2billion in yearly sales prior to the coronavirus pandemic.

At the same time, the FTSE 250 retailer believes that 200 more UK hospitals could host a WH Smith establishment, or either a franchise outlet of M&S Simply Food or Costa Coffee.

Cowling added: ‘Looking ahead, we continue to invest in the business where we see attractive growth opportunities and have positioned the group well to benefit from the return of passenger numbers.

‘We have improved the scale and footprint of the business and are operationally stronger than prior to the pandemic. While there are some uncertainties in the broader global economy, the group is well-positioned to capitalise on the ongoing recovery in our key markets and take advantage of the many opportunities ahead.’

Despite the optimistic trading update, WH Smith shares fell 3.7 per cent to £14.55 on Wednesday, meaning they have declined by around a fifth over the past 12 months.